GotchaWarriorsX is one of those best ever action/strategy games in the Android PlayStore. GotchaWarriorsX are the fantastic super power warriors from all over the world and they are at your disposal to protect your city from the dangerous Dr. Strange Love who is intending to dominate the world. The hero will have to command an army and work out strategically to win. 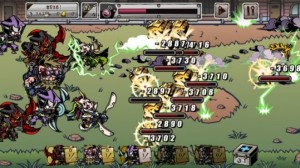 There are about 60,00+ downloads of this game in the Google Play Store. The cumulative feedback for this particular strategy filled action game is very positive overall. Players say this game is highly engaging and tickles the young one in you to succeed and play with warriors from around the world.

Dial’em app is what your smartphone needs