Google, the developer of Android has always strived to offer its users various debugging tools. Thanks to Google. Which is the most used debugging tool? Any guesses? Well, it is the Android Debug Bridge. It is an extremely easy to use tool (any android user can use it) which operates through WiFi, USB, and also the phone.

With the new version you can easily filter the results by level and buffer and at the same time find phrases in the log! Also, change the size of the text.

Get started with the new version of aLogcat! 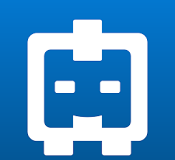