Running Games are really popular these days and majority of  Android Users likes these Arcade and Action Games. We have collected and reviewed a number of Android Running Games and have come up with best one, which is obviously based on user’s rating and the number downloads. We would also like you to leave a feedback in the comment section, regarding what is your favorite game?

It is the best games liked by the people and is being played all over the world and is the demand today’s generations. People of all ages like it a lot.The main theme of the temple run is to abandoned the cursed idol from the temple. Then run as fast as he could to save his life from the big mad evil demon  monkey which also runs behind him to captured him and eat him at last. Moreover, during running you would be careful about the obstacles placed in your path. Which would try to stop and reduced your speed. In case your speed is reduced the devil monkey is going to captured you then. Furthermore, its not simple running you would have collect coins which would comes on your ways. In this temple run 2 a man comes with new powers, new and hard obstacles has been placed with new environment. Its has also got missions as well. the more u run the more its speed would going to be increased. You can go any way through mines forest or any way which comes in front of you. To get this app you can get it from android app from Google play store.

Get it on Google Play Store – Temple Run 2

It is a spectacular game, its demand is also very high in the market and everyone would want to play it again and again. This is also a endless game produced by kiloo. In this game, you will help jake to escape from the greedy and grimpy inspector and his dog.  Make jake run as fast as you can from the inspector. By dodging trains and any obstacle coming in the way. While running make sure that you could collect coins, power-ups, boosters, jackpot etc. While running avoid bumping into obstacle and the more you run the more it gains the speed so concentration is necessary while playing. It has also got excellent graphics as well. To get this game go now to android app store and download it from the below download link.

Get it on Google Play Store – Subway Surfers

Jetpack  Joyride is also one of the top ranking android game and is demanded all over the world. In this games all the time you would be diving, jumping and bouncing and is also marvelous average free runners game. In this you’ll have to play, as a barry steakfries who steals a top secret-machine gun from a science laboratory just to over come the thousand of obstacle coming in the way. Along running  you will have  to collect the coins as many as you can before you die. To download it so you can get it from android free apps Google store.

Get it on Google Play Store – Jetpack Joyride

This Android Play Store is always making people more excited with its amazing games. Here it represents another endless free running game produced by Ace viral.  In this granny has been kept in the house of angry people.  Now a player is required to guide her out of the streets up till she finds her way out. Avoid obstacle coming in the way by jumping and dodging it. Dress-up of the granny could also be change from wonder gram. Player can get different powers up , life ups and shields to protect her. To get this android free app runner game so do to Google store and download it from there.

Get it on Google Play Store – Rayman Jungle Run

This Rayman jungle run is also liked by many peoples and has received good feedback from a number of users . It has been produced by ubisoft entertainment. In this it has to dodge the cannon balls and any other obstacle coming in there way and has to jump 20 levels up to unlock the land of livid dead level. To get this game you can download it from free android app Google store.

Get it on Google Play Store – Angry Gran Run 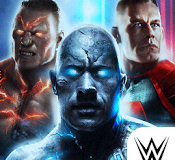