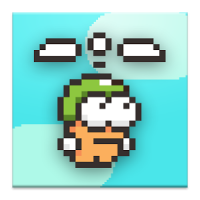 If you thought that Flappy Bird was the most annoying game you will ever play on your android phone then you haven’t seen nothing yet. You think the tiny flappy little birdy is the only reason you have pulled out so many hairs, well, wait until you start playing the new and improved annoying game ever, Swing Copters. This isn’t another flappy clone that you have gotten used to for the past few months instead this is a whole new game with a completely new way of annoying the seven colors of rainbow out of you. You will be more frustrated and annoyed than you ever were in the flappy bird game. You will learn the real meaning of the word pain in this game but worst of all, you will never be able to put your android phone down and you will always keep playing Swing Copters even after you have gone completely crazy.

Swing Copters is another release by the same developer who released the notorious flappy bird game on the Android platform. This game even goes an extra mile in terms of annoyance than its predecessor. You have to take your copter friend up high but you have to avoid the pesky little hammer things that will knock your flying friend out of the air and on to the ground. The controls are the most complex and very difficult to get used to. You can not control the direction of the copter directly and you have to keep it between the swinging hammers. If you get hit by the hammer you lose. The most difficult thing is to keep your flying buddy away from the swinging hammers. You can play to unlock the extra characters by achieving 4 medals in the game. However, it’s not actually easy to score medals in this complex game and you will have to try really really hard to do so.

Download and install Swing Copters on your Android device

You can download the amazing Swing Copters game on your android phone from here and start playing the most addictive and annoying game ever. 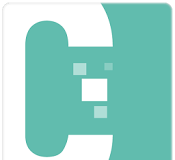