Zombie Smasher in the Android gaming world is one of the most interesting and entertaining games available on the PlayStore. The undead incautious creatures called ‘Zombies’ are back and the players have to become the super heroes and prevent the zombies from entering your town and it requires you to keep the zombies dead or brainless to succeed. The game highlights on killing the zombies and defending your home as the zombies have started to pile up and attack your town. Just by tapping your finger points on the zombies, you can smash and kill them. You have to do this before they break your residence door. This is a very interesting game and keeps you at the edge of your seat while making your brain very active when playing. 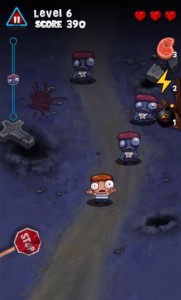 How to use Zombie Smasher

This addictive arcade game doesn’t have a lot of cons to list down, but some say, ‘time rush master’ in time mode doesn’t work with user-interface and has some bugs to be resolved. However, there are more than 5 million user downloads of this game and the count is increasing day by day.

Xperia Z3 social camera can now be ported to other Sony...