Designed by the creators of Mage Gauntlet, the mobile adventure game Wayward Souls has a lot to offer for a mobile game. It features a wide variety of enemies, traps, and levels, all while providing endless replay value.

Wayward Souls is a mobile adventure game that is designed to be fast-paced and action packed. You have a selection of six different characters to choose from, each with their own personal abilities and tools. Unlike many games of its kind, Wayward Souls doesn’t depend on “grinding”, a method by which a player levels up his or her character by tirelessly gaining experience. Instead, the game’s battle system depends on the player’s skills, not the characters. This sets it apart from most action-adventure games on the market. 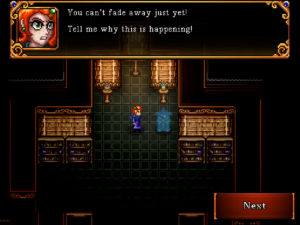 The game’s levels are generated randomly, enabling endless replay value. The game is bound to be different each and every time one plays it. Wayward Souls has thirteen area types to offer, each one being riddled with a wide variety of traps and monsters.

How to Use Wayward Souls

A rogue-like, dungeon exploring, action-adventure game, Wayward Souls is sure to be a major hit with any dungeon crawling fans on the Android market. Wayward Souls offers endless hours of enjoyable gameplay to even the most astute of mobile gamers.