The Android world has lacked a proper Horror game for the past few years. There wasn’t even a single game that one could call has some real horror in it. Now, Five Night At Freddy’s is here to fill that vast gap and it seems that it will fill the gap quite well for a long time.

The smartphone version of the game is based on the original game that was made for PC. The game takes you to Freddy’s restaurant which is run my mechanical robots who during day are waiters but at night turn into fully automated beasts that will surely make you scream out loud in horror.

How to use Five Nights At Freddy’s

The game is an ultimate horror and people with lighter hearts should be a bit careful about the game because it will surely blow you up in fear. The animations and all those sound effects are great, they make the game some real terrifying edge. If you wish to enjoy some real horror, then $3 is nothing to pay for. 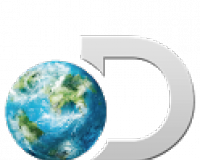