Verizon has officially announced the Motorola Droid Turbo the next flagship my Motorola with some astonishing features and specs to compete with Samsung Galaxy Note 4 and Apple iPhone 6. Since joining the Google, they have improved a lot and has come up with a few best Android Smartphones like the Moto X, Moto G, Nexus 6 etc.

Motorola Droid Turbo features 5.2 inch screen with a high resolution of Quad-HD and Super AMOLED display, 21 Mega pixel of rear camera,  quad-core Qualcomm Snapdragon 805 CPU, 3 GB of RAM and 32 GB of internal storage. Droid Turbo is packed with 3,900 mAh battery powerful and long lasting battery with the ability to be charge for 15 minutes and can be used for 8 hours when you need it the most. It would be powered by the latest Android version Android 4.4 KitKat but definitely later will be upgraded to Android lollipop 5.0. 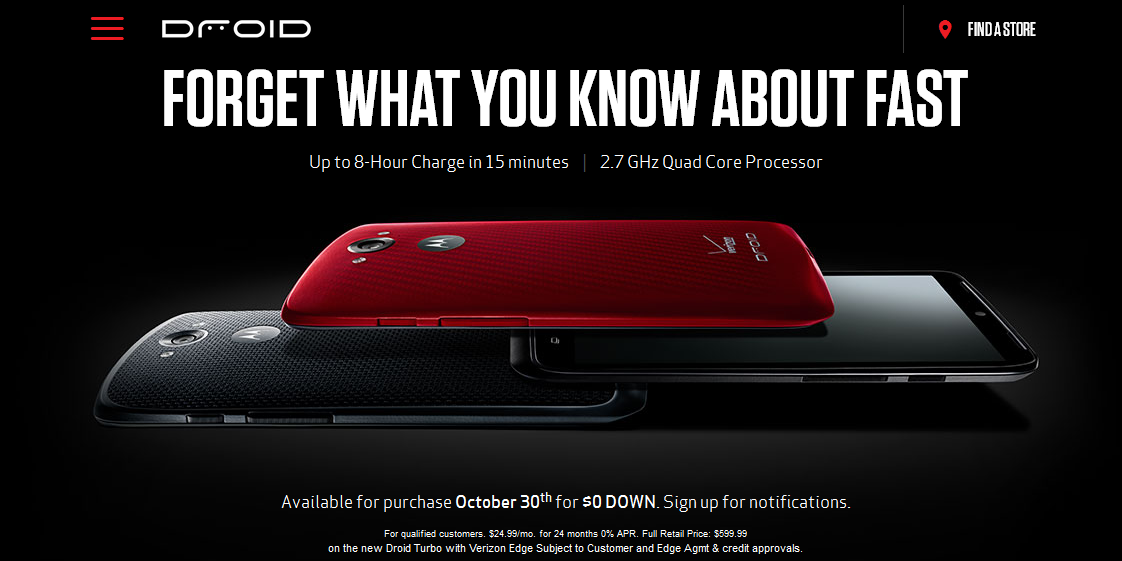 When you have just read the main specs, you probably would love to buy it, Droid Turbo has everything, 21 Megapixel of Camera, Powerful battery, Internal Storage and Powerful fast processor and what else you want for a price tag of $599.99. It is available for purchase starting from October 30th according to the Verizon official website.

Motorola Droid Turbo is available in three colors; Ballistic Nylon, Red MGF and Black MGF and can be seen in the photo given below: 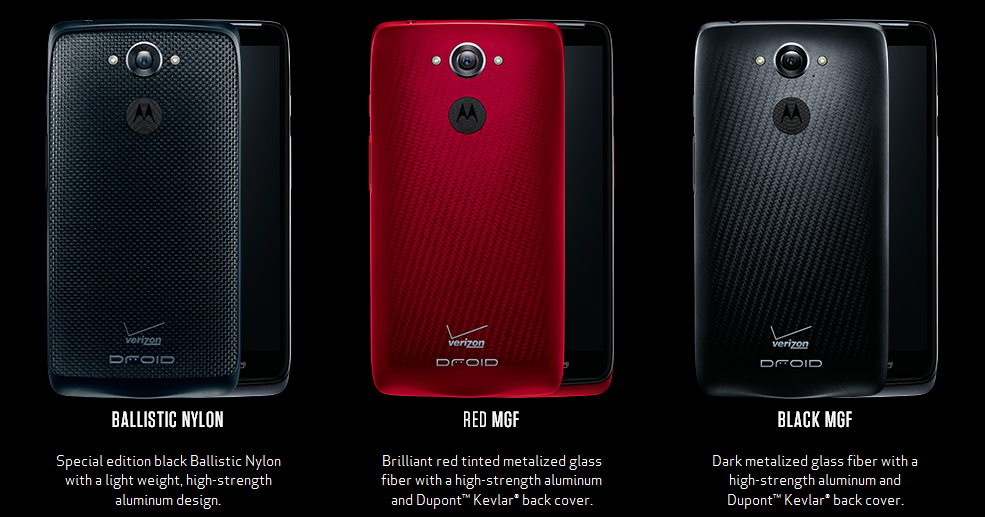 By looking at the specs, one can easily say that it is the best Android Smartphone available in the Market right now but we cannot say it as it is too early, once it is officially released in the market and then looking upon the users response we can then only figure out its worth.

Skype Users in India Can Make Free Calls to Canada and...