Samsung always goes out and does what nobody expects. They rock and mock.

The confidence of Samsung was reflected when it mocked apple accusing it to imitate iphone 6.

After the announcement of the launch of iphone 6 and iPhone 6 plus, all the android smart phones have started to make fun of apple. In a video, Samsung blatantly mocks apple saying that they have copied Samsung galaxy note.

The video praised the ideas of Samsung for always thinking ahead of time as it gave high importance to large screen gadgets. Samsung also accused certain publications who disregarded Samsung galaxy note with large screens earlier are now favoring apple with its launch of iPhone 6 and iPhone 6 plus with a 5.5 screen. The video also had high regards for Samsung and praised its skill in making more productive use of large screen with multi window and S pen.

OnePlus, Oppo, Sony, Asus and HTC have mocked Apple earlier. Even though iphone 6 has 5.5 inch display screen, it appears larger in physical size when compared with the slightly larger screen of Samsung galaxy note 4 with 5.7 inch screen. iPhone 6 plus too is taller and wider than galaxy alpha both having the same display of 4.7 inch screen. 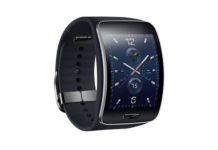