Google Nexus 5 is only 3 days old, but developers has started their work on Root Access and other hacks, the most well-known and renowned Android Developer, named as Chainfire, has already released CF-Auto Root Package for Nexus 5. I know, still most of you, would not have got your Nexus 5, but there might be other who may got hands on Google Nexus 5, which is no doubt has so far received tremendous amount of feedback from the users. In simple and plain words, Nexus 5 is simple in design, faster in performance and has great, advance camera features. Once you get yours, do not forget to share your experience with Nexus 5 in the comments section.

CF-Root is really simple and the easiest way to get Root Access on Android, CF-Root is almost available for any Android phone and tablet, they really do their try best, to release root method for every android device, they’re almost successful in their project. They do it for free, they really do deserve donations, if in case you can afford 🙂

CF-Root is the root for those who want to keep as close to stock as possible. CF-Root is meant to be used in combination with stock firmwares, and be the quickest and easiest way for your first root.

1. Proceed at your own risk. Rooting will definitely voids your phone warranty.

2. This Nexus 5 Root is available for Windows, Linux and Mac OS X.

3. If you do have data on your phone memory, Backup it now.

4. You need to Setup Android ADB and Fastboot on your PC. Click Here

5. Next, Enable USB Debugging on your Phone.

1. First of all make sure you’ve successfully installed and Configured Android SDK on your PC.

2. After then extract the downloaded CF-Root file on your desktop, where you’ll find the following files (as shown in the image), You’ll find the executable files for Windows, Mac OS X and Linux. 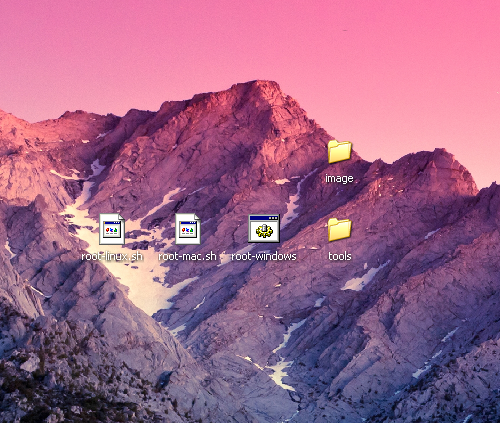 3. Next, Boot your Google Nexus 5 into Download Mode by Holding and Pressing the Volume Down+Home+Power Buttons at the same time till you see a warning message on your screen. Next hit the Volume Up button to confirm Download Mode.

4. In download mode, Connect your Nexus 5 to PC via the USB Cable.

5. Finally depending on your operating system, run the suitable file. Here in this case, as we are on Windows, so we’ll double click on root-window batch file.

6. Onward, Follow the instructions on your phone screen and PC, you’ll be guided thoroughly. 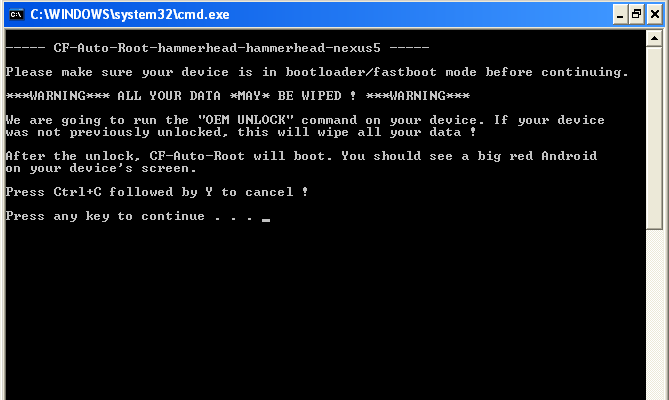 7. At last, to make sure you’ve successfully got root access, just go to Google Play Store and install the ‘Root Checker’ App and run it on your Nexus 5 to verify Root Access.

8. One thing more, if in case SuperSU app is still not installed on your phone, also download it from Google Play and it will work.

That’s it folks, This was indeed the easiest and safe way to successfully get Root Access on Google Nexus 5, Hopefully you’ve learn, How to do it yourself, for more Android Updates and Root Tutorials, Do not forget to visit us back.