Yesterday, I just visited Google+, Where everyone was just talking about Nexus 5, at a point people were really disappointed, as they were thinking, Google may delay the release of Android 4.4 KitKat and Google Nexus 5, but then Hurray! Last Night they officially unveiled the so long waited and rumored Android KitKat and Google’s flagship device which is manufactured under  the LG umbrella.

We’ve now come up with the complete list of Nexus 5 and Android 4.4 KitKat Specs, its Features, Photos and generally speaking, Everything you need to know.

First of all lets start counting the Nexus official Specs Nexus 5 is probably you should know, is powered by the latest Android OS, Called Android 4.4 KitKat. Google claims it to be the slimmest and fastest Android Smartphone, they have released yet, they have mainly focused on simpler unique design with ultra fast performance. A number of Multimedia like Camera, a number of improvements have been added.

They’ve also announced it, that it will be very soon available for Indian Fans.

Unlike Nexus 5, Most of the Android 4.4 KitKat features were not known before the release, but now they are officially confirmed. This will be the 7th version of Android OS Software released by Google, and expected to be the most stable version of Android series, so many improvements have been made to this version, in terms of stability, battery life, design simplicity and above all is user-friendly. What I have to the conclusion is that Google has more emphasized on design, simplicity and faster user experiencing, and hopefully you’ll soon experience it right on your Android. Google has planned it to be released it very soon for a number of other devices like Google Nexus 4, Nexus 7, Nexus 10 and the Google Edition of Samsung Galaxy S4 and HTC One are very soon to be updated with latest version of Android 4.4 KitKat. The most favourite part of the latest android OS is that it will now support the low end devices with low RAM memory like 512MB. We know there plenty of Android Phones which do not support the latest OS, so feel happy, if you do have.

You can learn more about Nexus 5 and Android 4.4 KitKat at Google Official page. For more News and Updates on Android, Do not forget to visit us back. Chainfire has officially released the cf-auto root for the Nexus 5, to root your phone use this guide. 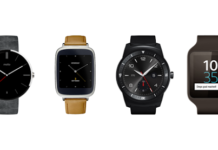 What is the future of the android wear? Google has the ideas

What is the future of the android wear? Google has the...