Thanks to Android Police guy who somehow managed to get hands on the latest version of Google Play Store V4.2.2.1 APK. The major  change we have noticed so far in the latest version is the ‘slide out navigation’. However there might be some minor bugs fixes also included. Note that this is not the official release by Google, It will further take a few weeks to be officially released for Android Users. But then if you’re willing to install the latest version of Play Store V4.4.2.1, then using the below direct download link, you can easily download the latest APK file and install it on your Android Smartphone or Tablet device.

Hopefully by the end of this month Google is planning to unveil the latest version of Android OS, which is named as Android 4.4 KitKat, which is obviously would be loaded with amazing features and bundles for Android users. Like others, I am very eagerly waiting for the release of Android 4.4.

Let us know in the comment section, about your experience with latest Google Play Store app. For more Android Apps, Updates, Tutorials and Tips and Tricks stay tuned to Android Central. 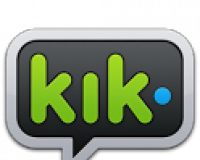